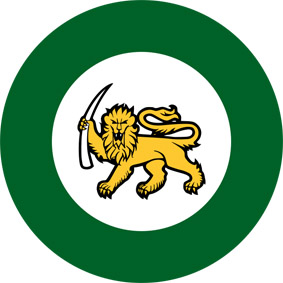 The “Green Leader” raid took place in October 1978, in retaliation for the shooting down of an unarmed civilian passenger aircraft and the brutal murder of crash survivors.

On September 3, Air Rhodesia Flight 825, on route from Kariba to Salisbury, the capital, was shot down by guerrillas from Joshua Nkomo’s ZIPRA group using a Soviet-supplied air-to-ground missile.

Eighteen of the fifty-six passengers survived the resultant crash. Five of the least-wounded of the survivors managed to walk to a local village to ask for water.

While they were gone, the ZIPRA guerrillas who had shot down the plane arrived on the scene. Ten of the survivors who were unable to escape were hacked, bayoneted and shot to death. Three managed to crawl off into the bush and hide, and, together with the five who sought water (and had returned while the massacre was in progress) were the only survivors.

As a result, the Rhodesian Air Force launched a series of raids, known as Operation Gatling, on ZIPRA training camps in Zambia on 19 October 1978.

After the first bombing run, squadron leader Chris Dixon took his aircraft into position over the airport of Zambia’s capital, Lusaka, to prevent any military intervention by the Zambian Airforce. It was during this operation that the famous “Green Leader” communication with Lusaka Tower was made (hear it in the videos below).

While Green Leader and his men pinned down the Zambians, Rhodesian Army ground troops moved in and “mopped up” the Zipra camps. It is claimed that 3,000 ZIPRA guerillas were killed in the raids, while one Rhodesian fatality was recorded.

Chris Dixon’s recording entered Rhodesian folklore, and, with his passing, an era comes to a close.

Such heroic acts should be engraved on every Patriots heart.
I wish I could act to prevent my country being consumed by world greed,mass immigration and socialism with some similar act of bravery... let us hope we 'whites' (as we are known) can learn from this, and that one day we can fight back and claim a corner of this planet for ourselves... before we are all hacked to death or cross-bred into extinction.
Green Leader...thank you for setting us an example of what we can do... go in peace and take your very much deserved place with God in heaven... we will always remember you!
Signed Viewfinder33

The best tribute to Chris Dixon Aka "Green Leader" would be to never betray our people again like we did with Rhodesia.

The Green Leader Tape is on my Mobile Phone. I play it often as a reminder of Mans Courage and Determination. Rest now Chris and Thank-you
Angus - A Fellow Rhodesian (without your honoured credentials)