South Africa: The Time Has Come to Punish Whites—With Apartheid

It’s been more than 25 years since the ANC came to power in South Africa. Even though this is a longer period than it took the Boers to establish no less than three republics during the 1800s, it seems as if the new South Africa is still mired in endless blaming of white people for various problems the country faces.

It is almost comical to see, for example, serious allegations that white people have somehow sabotaged ESKOM. As if there is a deliberate program or desire on the part of white people to make black people look bad.

But it does not end there. White people are apparently also to blame for the collapse in the educational system, the high crime rate, economic problems facing black people, and in fact, almost everything else about which black people complain. 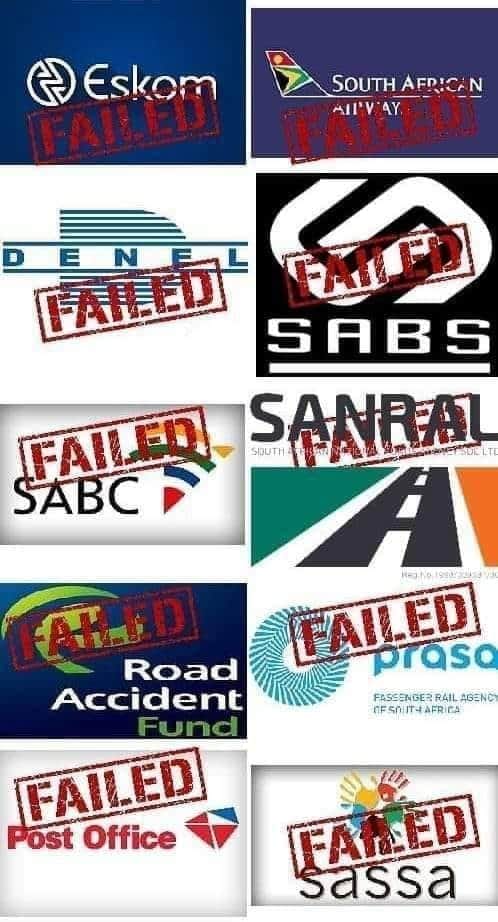 The handful of black people who point out that whites are not to blame for everything, are of course ignored or dismissed as Uncle Toms.

There is of course, no justification at all to blame white people for everything that is going wrong in South Africa, a quarter of a century after the ANC came to power. In fact, as the older and honest people of all races know, apartheid itself died long before 1994. The so-called petty apartheid systems had started to be dismantled in the 1980s: influx control was abandoned in the mid-1980s, and the group areas and mixed marriages acts, for example, were no longer enforced from the late 1980s onward.

In fact, the last all-white Parliament sat in 1982, even if the then tricameral system was rejected by the ANC and other opponents. That rejection does not nullify the fact that the tricameral system and its resultant social implications was a major break with apartheid as it had been originally designed.

Perhaps then, the time has come to punish white people properly for apartheid.

If the government or the EFF, or anyone else, really wants to punish white people then they should make them live under the sort of policies under which they claim black people suffered so much.

Why not go all the way, and teach these white people exactly how real apartheid worked?

Why not force white people into their own schools?

Why not force white people into having their own residential areas?

Why not force white people to socially segregate?

Why not take away the vote from white people? (not like their votes make any difference in the new South Africa anyway).

And finally, why not force white people into their own homeland in some barren area?

Some place where they will only have the vote to form their own government in that area, just like a bantustan?  And no vote in the rest of South Africa!

Perhaps the northern Cape might be a suitable white bantustan? After all, it is barren and relatively unpopulated.

They could even forcibly relocate white people to this white bantustan. With trucks, perhaps. Dump them there and let them get on with it.

Think of all the possibilities this would open up.

They could also then demonstrate to the world just how evil apartheid was, as this white bantustan collapses.

Let the white bantustan build its own schools!  And let them collapse!

Let the white bantustan build its own economy! And let it collapse!

Let the white bantustan start its own farms! And let them collapse!

That will teach them how evil apartheid was.

And yes, then black people could have the majority of the country, the rich farm areas, the cities.....

Jam these white people into a bantustan, enforce apartheid against them, and let them get on with it! That will show them!

Best of all, they could get rid of these pesky white people once and for all.

Applying apartheid to white people would immediately stop their interference in the country's economy, politics, and so on.

So let’s stop messing around.

Excellent and well pointed sarcasm..as obviously if whites had control over our own affairs there wouldn't be any collapse because we are nation builders unlike some others..