COVID-denial cranks—of whom there are sadly a large number on the so-called "right wing" of the political spectrum—must be feeling red-faced today as news emerges that Sweden’s much-vaunted laissez-faire approach to containing the pandemic has resulted in a death rate ten times higher than its equally-sized immediate neighbors. 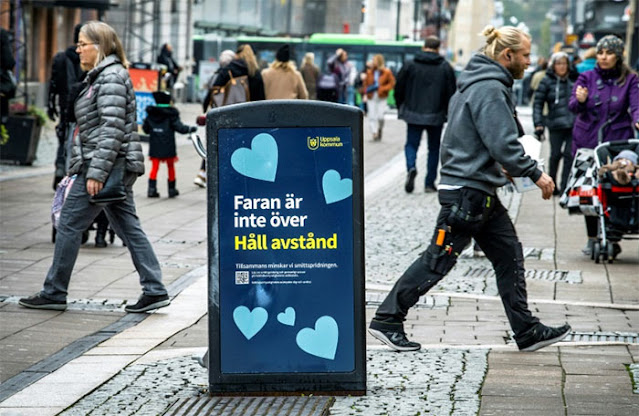 New reports have revealed that Sweden’s death toll has now passed 7,000—far larger than its equally sized neighbors Denmark, Finland and Norway, which have recorded death-rates of  878, 415 and 354 deaths respectively  (figures correct as of December 6, 2020).

Previously, COVID-19 denialist lauded Sweden’s approach to dealing with the crisis, saying that the reliance on “voluntary measures” to control the epidemic was somehow proof that all the other nations were wrong in making mask-wearing and the closure of proven high-risk transmission centers—such as bars and nightclubs—compulsory.

As a report in the Wall Street Journal has revealed, a surge in infections in Sweden has “led to rising hospitalizations and deaths,” and the government there “has abandoned its attempt—unique among Western nations—to combat the pandemic through voluntary measures.”

The Wall Street Journal continued: “Like other Europeans, Swedes are now heading into the winter facing restrictions ranging from a ban on large gatherings to curbs on alcohol sales and school closures—all aimed at preventing the country’s health system from being swamped by patients and capping what is already among the highest per capita death tolls in the world.”

Now, Sweden has a Covid-19-related death rate reaching almost 700 per million inhabitants, its infections are growing as rapidly as anywhere else, and in some cases, faster. It is therefore no surprise that the government has a “made a U-turn.”

What this means is that there is no sign that the “herd immunity” strategy works to combat the virus.

What the COVID-denialists all failed to grasp was that the virus was something completely new, and no-one, not the “experts” or the numerous “lay-experts” actually had any real idea of how to deal with the pandemic.

All the experts could do was to deal with it as best as they could given past experience of world wide pandemics, and that was what they did, with the notable exception of Sweden.

In addition, it also now transpires that Sweden’s approach did also not “save the economy” either. According to official figures, in the first half of 2020, Sweden’s gross domestic product fell by 8.5% and unemployment is projected to rise to nearly 10% in the beginning of 2021.

Just as many businesses in Sweden are facing closure as anywhere else—except that, unlike in the rest of Europe, “where governments coupled restrictions with generous stimulus, Swedish authorities have offered comparatively less support to businesses since they didn’t impose closures.”

As Swedish restaurateur Jonas Hamlund told the Wall Street Journal: “This is worse than a lockdown and it has been a catastrophic year for everyone in the business: They haven’t closed us so they don’t give us any substantial support, yet [now] they say to people ‘don’t go to restaurants’.” Hamlund was forced to close one of his two restaurants in the coastal city of Sundsvall, laying off 30 people.

Fear of the virus and the government’s advice to avoid social interactions have weighed on domestic demand, damaging business and investor confidence, said Lars Calmfors, an economist and member of the Royal Swedish Academy of Sciences. “Countries that had mandatory restrictions have done better than us,” he added.

In Stockholm, Anna Lallerstedt runs a chain of three popular restaurants that was started by her parents in the 1980s. Last month she closed two of them, shedding nearly 100 jobs. She says she fears that her last restaurant, now employing just over 10 people, might also be at risk with the current surge expected to peak around the Christmas season, which traditionally brings substantial revenues. “Maybe we should have had masks earlier,” Ms. Lallerstedt said.

* Talking of masks, it is also of interest to note that some COVID-denialists have also claimed that there has never before been compulsory mask-wearing in the West before, and that this measure is a sign of “government control.”

This is, of course, nonsense. Compulsory mask wearing and social distancing was an automatic measure implemented during the infamous 1918 flu pandemic, as even the most basic of historical research easily demonstrates. 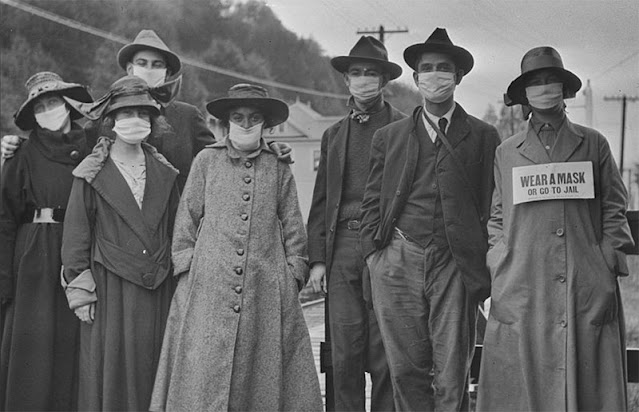 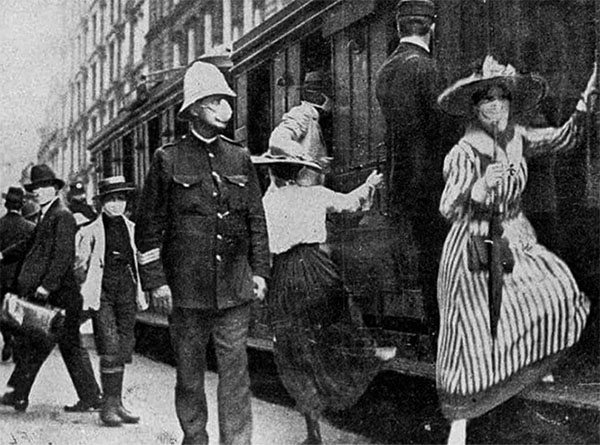 First, your term "COVID-Denial" is a loaded term, and not appropriate to a level headed discussion.

Second, your analysis suffers from mere assumption pertaining to cause of death. Given that the false positives may be over 90%, who is to say that COVID caused the death, or is even actually associated with the death. A large number of other factors may have come into play.

But third, the most illuminating statistic pertains to total mortality from all causes. Even this number should be subject to careful qualification. For example some jurisdictions have noted big increases in suicides, and reduction in hospital visits and certain hospital operations.

Incidentally, Spain has roughly twice the death rate of Sweden, and Italy even slightly more so. Both of the latter have had lockdowns and masks. Finns on the other hand have mostly been reluctant to wear masks, with some guesstimates of only 10 % mask usage. Cheers.

I was told that many of the autopsies of the dead from the 1918 flu epidemic showed that a great majority of the people died from pneumonia. This was associated with wearing masks and not breathing properly.