Trump Crashes and Burns—as he always would . . .

When Donald Trump was elected in 2016—thanks to the disproportional representation system of the US’ Electoral College—I was, like many others, astonished, and did not really know what to expect apart from an understanding that the next four years were going to be interesting like no other presidential term in recent history.

And Trump did not disappoint. From his hilarious twitter account to his wall-building, from his murderous assassination of Iranian generals and acquiescence in Israel’s ongoing murder of Iranian scientists, from his bombing of ISIS-fighting Syrian soldiers to his failure to understand the racial demographic changes underway in America which destroyed his own re-election chances; all of this was a soap opera which had to have a dramatic ending, one way or another.

And boy, he did not disappoint. I think he will be lucky to escape legal consequences following the events at the US Capitol on January 6. What was he thinking? What were those people thinking? That one could just storm Congress, literally kick in the door, and then walk away as if nothing happened? 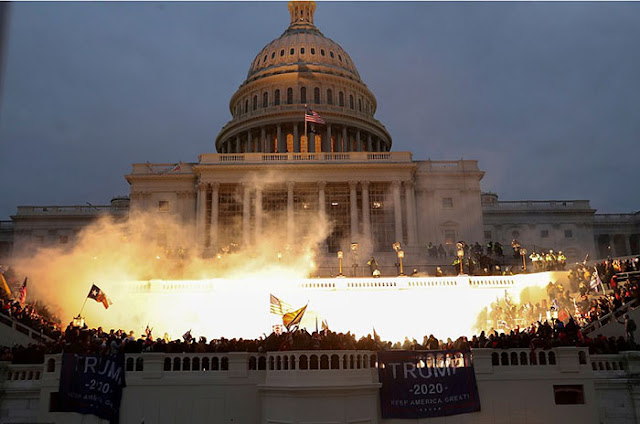 Trump’s supporters will now learn the hard way that if one follows that path—of attacking Congress—one has to be prepared to go all the way, and not back down once the Rubicon has been crossed. They will now face punishment like many have not even dreamed about, and all for nothing.

They will also have finally wrecked any chance of the real and genuine legal challenge against the presidential election results (that based on the constitutional provision which states that election rule changes must be endorsed by thee state legislatures) from succeeding.

Trump’s supporters will also now have learned, as ably demonstrated in the Georgia Senate runoff elections, that race is the sole determining factor in politics, and the very nature of society itself.

As usual, the Trumpists pretended that the Georgia race was a fight between “capitalism” and “socialism,” or between “radicals” and “moderates.” And so the silly white Republicans campaigned as if race didn’t exist.

Contrast that with the Democratic campaign, which openly relied on the black vote in Georgia. The “Black Votes Matter”movement organized hundreds of thousands of black votes to be submitted for the Democratic candidates, and the media openly admitted this and cheered it on (See “Why Warnock and Ossoff Won in Georgia, New York Times, Jan. 7, 2021; “How Black voters lifted Georgia Democrats to Senate runoff victories,” The Guardian,  7 Jan 2021,  et al).

From the Georgia results we learn that 93% of black voters supported the Democratic candidates, a racial voting block which, when combined with the 29 % white liberal vote, simply overran the majority white Republican vote. 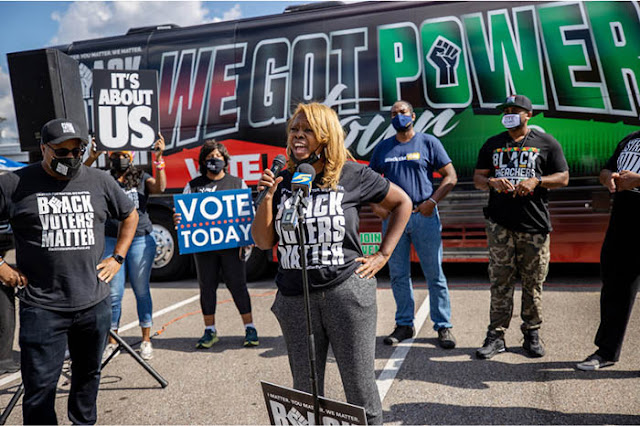 (The double standards here are clear, and reveal a story in themselves: Blacks organizing on a racial basis is a good thing, but God help any person trying to organize whites on a racial basis—that would be the height of evil!  It’s so obvious, but who dares point it out?)

So now we come to the end of the Trump presidency, on an explosive note which was almost inevitable. His crashing and burning on January 6, 2021, was almost a fitting end to a pointless diversion, and will force his dispirited followers into either finally understanding that their salvation lies in peaceful, planned, secession, or ultimately being consumed by the Third World.

Do you think that D.T is a coward? perhaps he never did it for a reason- he didn't understand significance of race because otherwise he'd be too scared to be called racist.

Certainly was interesting, and I enjoyed seeing those pictures of Congress cowering. But overall, yes it seems foolish and no doubt another wave of censorship and "wrongthink" crackdown will be underway, which in some ways is a good thing, perhaps people will wake up although that's doubtful.

I was curious to see how conservative/republicans would react to this post I made on GAB.
Have some opened their eyes to the real world and seen that they need to make the transition to ethno-nationalism?
What was I thinking! Not a single response.
The "traditional" right are a waste of space.

Will conservatives/real republicans ever wake up?
You have lost every battle with the left for decades or more.
God, Jesus, the military, the "good guys" in power are not coming to the rescue!
You have now lost the war.

The deep state is firmly back in power.

The mistake they made of letting an "outsider" like Trump obtain the office of President will never be allowed to happen again. Trump is finished and will never be back in power.
The so-called Republicans who "supported" him have all jumped ship like the rats they always were. All his so-called allies betrayed him because they are only interested in their own political careers. They are ONLY ever interested in people who can help advance their careers. They know that in a few weeks Trump will have no political influence whatsoever.
He will be thrown to the lions by all of them.

Over the next few years, the demographic changes that will occur in America will ensure that it will be impossible for any future governments to resemble anything like what could be described as "right-wing".

The concept of a United States of America is over.
The Dis-United States exists now.
No amount of voting (tactical or otherwise) is going to change this.
No violent uprising is going to occur either, at least none that stand any chance of success.
The romantic vision, some have, of the "people" rising up with pitchforks in hand is laughable. The state has access to so much modern technology and resources that it can squash any armed "resistance" in days or weeks at most.

The only hope for those who want to live in an America based on western civilisation values is to wait and watch as the present one decays and dies.
Not a pleasant prospect, as that decay and death is likely to be slow and ugly for most.
At some point, (only when the existing power has weakened enough) they will need to secede and find a way to build a new separate state of their own and start anew.

I admit that this is unlikely (but not impossible) to happen.
If not, then we will just be witnesses to the collapse of one more civilisation in the history of mankind.

Based simply on their numbers alone, but which includes their sense of patriotism and recognition of being a distinct people, the near future looks to belong to the Chinese.

As usual an interesting and informative analysis.